One day while muscling a load of wet laundry into the dryer I caught the strains of some sadistically sappy music coming from the next room. I thought this odd as my husband was supposed to be watching an episode of some sci-fi series he’d entertained himself with while he ate lunch. What was he watching some girl movie? Not likely, as he normally expressed a desire to be dragged over hot coals than to watch a girl movie with that little snarl playing on his upper lip. Shoving the rest of the wet clothes into the dryer and snagging that soggy sock off the floor and into the machine, I decided to investigate the source of this music.

As I rounded the corner I was relieved that he was still watching the sci-fi show, but I just couldn’t help but ask as the sad music swelled and the hero looked out mournfully, “What did an alien kill his dog or something?”

“Or something,” he muttered back at me before munching another taquito. 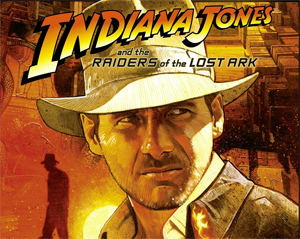 It comes as no surprise that one can’t turn around with tripping over music of one sort or another. Movies and television use music to evoke the mood or the emotion of the scene, heightening the drama or absurdity of the situation. Just the strains of a bit of movie music can conjure up entire worlds or scenes. Think of the Star Wars movie theme or the swashbuckling music of an Indiana Jones movie. Can anyone really hear zither music and not think of Carol Reed’s The Third Man and Anton Karas’s quirky accompaniment on the zither throughout the movie? The Third Man, you ask? Go look it up. Clueless toddlers.

Commercials use music as well. A little dramatic music informs us that our teeth are too yellow or that we simply can’t live another moment without a particular personal feminine hygiene product. And it’s not just newly composed music that appears on ads. “Love Train” by The O’Jays backs a Coors Light advertisement and Johnny Cash’s “I’ve Been Everywhere” is used to sell the idea of a comfy night’s rest on our travels by Choice Hotels. Some clever little bunny thought to appeal to the older set by backing a Viagra ad with Howlin’ Wolf’s “Smokestack Lightnin’” in order to add healthy dose of sexy to erectile dysfunction. Of course, if you have an erection lasting for more than four hours I guess the idea of a Howlin’ Wolf takes on a whole new meaning. 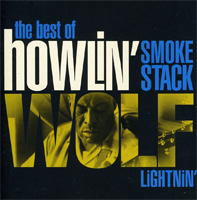 Most of us get the idea we’re being sold to, plied with nostalgia or just downright pandered to with the music behind many of our advertisements. This fine tradition goes back as far as commercial radio’s beginnings in the 1920s with the first jingle offered by a General Mills a cappella quartet, wooing cereal fans with the promise Wheaties were indeed “the best breakfast food in the land.” Those accuracy junkies up in the peanut gallery might dispute the General Mills ad being the first radio jingle as Gus Edwards and Vincent Bryan came up with the 1905 song “In My Merry Oldsmobile” despite the fact that this entry came before commercial radio. But we’re a long way from the 1920s.

Indeed, we’ve entered a darker phase in the ubiquitous use or over use of music. We’re treated to happy, perky tunes while advertisers lure us with the same sleazy confidence of a school yard drug dealer to buy foods that will make us obese, sometimes manufactured by the same company that comes along to offer us a thinner, healthier line of diet foods and products.

Pharmaceutical companies ply their products with ads showing folks who’ve found a new lease on life enveloped by feel good tunes, while saving us from the plethora of nasty side effects until the end of the ad after we’ve already been hooked on the happy ad results. While I doubt that many of us buy cheaply manufactured goods, fall for services that will never measure up to expectations or continue to patronize a company with dreadful business practices on the basis of the music used in advertisements, but that background music remains a little clue, a cue intended to provoke a response – the response to lower our defenses, to lower our suspicions and buy. 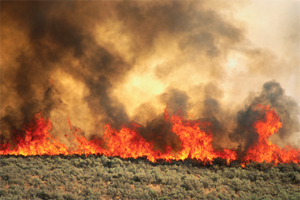 We’ve entered an age where news stories have their own theme. Have you noticed the opening of a horrific tragedy being played out with catchy graphics, pics of crying victims and a swell of mournful music before the news team launches into action, giving you the latest details and updates on whatever horror is on slate for the day? Be it a school shooting or a bombing or an airplane crash, there’s bound to be a theme. Can you imagine being the man or woman urged to sum up a tragedy in a couple of bars? We’ve become the Pavlovian dogs to the news, treated as if we were incapable of grasping the severity of the problem or the gravity of any given situation without that little musical cue. But what happens once we are trained to fall down as emotional victims to the sway of the news story music and then news isn’t particularly news or a tragedy? Will we know the difference?

What about politics? Politicians and their shady backroom minions adore the hometown guy/benevolent leader ads, complete with fuzzy puppies, well-behave children and the scrubbed up farmer or factory worker. Of course, this works in reverse. Think back to all the ads of the last presidential election, warning us about the dark dangers that lie in wait should opposing politician win. Doom, destruction and utter desolation are just right around the corner should the other guy win. Creepy music worthy of a cheap horror flick or that of the moments when the nature documentary wolves start circling the baby deer is intended to solidify our political views, instead of the facts, in the span of a minute and a half. Could any of us actually stomach to watch a political ad stripped of its music, much less fall for it? 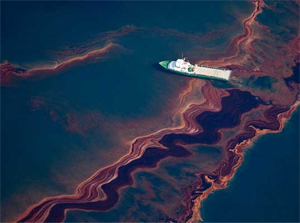 But what of real dangers? BP is surrounding its advertising about the clean-up in the Gulf of Mexico after the Deepwater Horizon disaster with benign, aren’t-we-the-good-guys music, all the while attempting to allay our fears about the years and years it will take to completely clean up the roughly 4.9 million barrels of oil spilled, the resulting largest man made environmental disasters in history and the devastating aftereffects. Should BP be trusted? Can they be trusted?

America’s Natural Gas Alliance runs music behind their advertising while touting the future benefits of hydraulic fracturing or fracking, as does Exxon, despite the growing concerns of water pollution, water waste, leaks in well heads and methane emissions at well sites (methane being a more potent contributor to global warming than CO2). So are you willing to trust the safety of your water and environment because the Oil and Natural Gas Industry parades a blonde in a nicely tailor suit against a backdrop of non-threatening music while giving you their take on fracking? 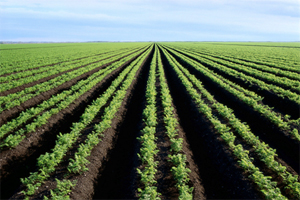 What about Monsanto’s lovely little ad campaign, complete with bucolic farm scenery and equally bucolic music, driving home their commitment to sustainable agriculture? This multinational agricultural biotechnology corporation is one of the leaders in genetically modified seed and the herbicide Roundup, as well as participating in business practices that have the attorney generals of Texas and Iowa (two states that do love their agribusiness) wondering if Monsanto’s actions violate federal antitrust laws.

Bob Marley said, “One good thing about music, when it hits you, you feel no pain.” But should it be used to anesthetize us? Let’s set aside political points of view, the good and evil of consumer education and advocacy and fact-based truth telling.

Most of us are addicts when it comes to music. We are lulled, enticed and secretly seduced by music, so much so that we find ourselves unconsciously tapping our foot, swaying our hips or singing along to the music around us. Even songs we don’t much care for rattle around in our heads like so much loose change escaped from a pants pocket caught in the revolutions of a dryer. But does that mean that we can’t digest the news or faithfully make sound judgments about our health and welfare or follow a political candidate without music? Do we possess such small attention spans that we need those little surreptitious, subliminal musical cues? We are constantly being cajoled by a backing soundtrack intended either to coerce some sort of emotional response or cement an intended impression. Is it music or are we just being played?

One thought on “Is it music or are we just being played?”