One of Ethiopia’s best known singers, Gigi, has a new album out. This time it’s a live recording that showcases her captivating vocals and the powerful band that accompanies her. World Music Central had the opportunity to talk to Gigi about her music and her new album, Mesgana Ethiopia .

It’s been four years since your last album. What can you tell us about the music in Mesgana Ethiopia?

This record was recorded live in Austria last year. It’s new interpretations of existing music and some new songs.

Did you use any traditional Ethiopian musical instruments?

I did do a collaboration with Alemayehu Fanta a mesinko player and singer on “Zerafewa” for this record.

How does Bill Laswell’s vision as producer affect your music?

Tremendously, I cant imagine it with out him.

Tell us about Abegasu Shiota, Hamid Drake, Aiyb Dieng, and Dominic Kanza, the musicians you are currently working with. How did you connect with them?

Material is a band that existed. It is Bill’s collection of people and it means everything to what I do.

What do they bring to your sound?

The sound is to be heard, not to be told.

You moved to the United States a few years ago. Are you keeping in touch with what’s happening musically in Ethiopia?

Thanks to the Internet yes I do, kind of, know what is going on musically in Ethiopia.

Are there any musical venues or festivals in Ethiopia you would recommend?

Not really. I haven’t been there for a while so I really don’t know, in terms of venues. There is the National Theater and the Millennium Hall plus much more.

If you could gather any musicians or musical groups to collaborate with who would that be?

I have been blessed with that and have collaborated with the best musical souls of the world. I don’t know what I would do any different.

We interviewed the Senegalese singer Baaba Maal and asked what song was he completely addicted to – the one song that he will sing along with every time – and he told us his song was “One Love” by Bob Marley. What is your one song?

A lot of songs get stuck in my head from time to time, but there is one song that dominates my mind. It is “We Are The World” by Michael Jackson.

Where do you live now?

I live in New York

What do you like to do during your free time?

Whenever I have free time, which I have a lot of, I paint and read news on the internet. Also I do a little bit of running, now and then. 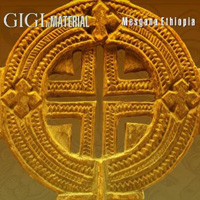 I haven’t been to Asia, except for Japan, so I would like to visit Burma, China, Tibet and also Ireland.

Which is your favorite city?

It is hard to pick one, which I like best. But one thing I know for sure is I like big cities and London, New York City, Paris and Tokyo are my favorites. I often draw pictures or paintings of big cities on paper or my computer.

What was the first big lesson you learned about the music business?

That you can actually get paid for music.